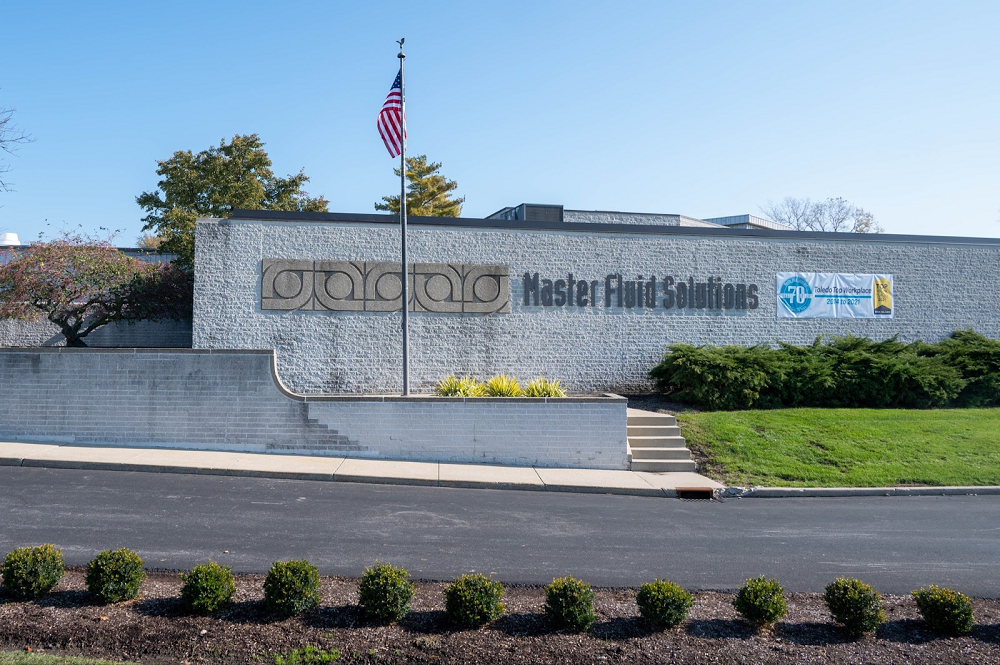 In 1951, Master Fluid Solutions founder Clyde A. Sluhan set out to create a new kind of chemical manufacturing company. As a child of the Great Depression, he was well aware of how to get by with limited resources, and learned that manufacturers faced similar issues. Eventually, he understood that manufacturers build the world we live in, and knew by empowering them to work more efficiently, they could offer a better quality of life for everyone.

Clyde’s vision was to create a metalworking fluids company that could solve manufacturing’s biggest challenges and pass their savings on to people. So, he set out to create a new generation of coolants and cutting fluids that could create “miracles” at the micro level — at the “point of cut” — translating into significant improvements in productivity and cost savings while reducing impact on the environment.

A chemist by trade, Clyde launched his company with the creation of the first TRIM® cutting fluid, and the revolutionary line of coolants remains the foundation of the business today. It took 3,528 separate tries to get the first formula right — but finally, in 1951, he found success. Clyde and his wife, Marian, moved to Toledo, Ohio, to co-found their company. Clyde took the bold step of focusing his company on product support, usage reduction, and customer education to better manage fluids and further improve productivity. The TRIM® name stands for Trimming metal, Trimming costs, and a Trim – clean scent.

A Pioneer In Conservation

Conservation and waste reduction are now deeply embedded in manufacturing culture and protocol, but decades ago, almost no one thought about them — except for Clyde. In 1971, Master Fluid Solutions began experimenting with mechanical systems that could clean and purify used cutting fluids and extend their useful life — even at the expense of reducing sales volume. That same year, they released the first XYBEX® fluid recycling system to market, and it became not only successful but an industry standard. Right off the bat, customers reduced their cutting fluid waste by up to 80%.

With growing recognition for its transformative approach to manufacturing and metalworking, Master Fluid Solutions opened a second plant in Texas in 1981, exactly 30 years after its inception. From there, the company began to acquire other international metalworking companies and expand its global footprint. Now, Master Fluid Solutions still has their  headquarters in Toledo, but now has locations in Germany, India, China, Thailand, and Vietnam.

More recently, Master Fluid Solutions acquired WEDOLiT, known across Europe for its breakthrough formulas in cold forming, corrosion protection, and dewatering. In 2020, they premiered the brand in North America for the first time.

In 2020, after years of research and development, Master Fluid Solutions released their highest performance bio-based cutting fluid, bringing an unheralded performance to the green sector with HyperSol™ 888NXT. Shortly thereafter, the new fluid was certified as BioPrefered by theUSDA with a 54 percent renewable content and inducted into their BioPreferred Catalog. In addition, the cutting-edge formula had such unique properties that it spawned a new neo-synthetic class of cutting and grinding fluids.

As focused efforts to cut carbon emissions by the year 2030 increase, HyperSol and similar eco-friendly solutions will likely play an increasingly important role in manufacturing. Master Fluid Solutions is strengthening its longstanding commitment to reducing waste as well, now with an added focus on reducing petroleum in its formulations and curbing fossil fuels.

Looking towards the future, the company is further supporting its focus on waste reduction by actively investing in additive manufacturing, e-mobility, and advanced manufacturing.

After 70 years of innovation, Master Fluid Solutions continues to work at the cutting edge of manufacturing, paving the way for new industrial paradigms. To learn more about how we can improve your productivity and future-proof your operation, call +1 800-537-3365 or email us at [email protected].